The Copenhagen Charter for an Alliance of Democracies

Democracy faces pressures at home and around the globe. A post-pandemic world needs to protect principles of freedom, including holding regular free and fair elections, secure full political rights for all citizens, protect free expression and association, safeguard freedom to practice and express religious faith or nonbelief, and an independent judiciary.

We urge that an alliance of democracies coalesce. Opportunities arise through the UK’s G7 Presidency and its outreach to other democracies, and under President Biden’s commitment to convene a global Summit for Democracy.

These opportunities must be seized. This is why we, as democracy organisations and individuals, propose three specific areas for returning democratic multilateralism to its ascendancy.

To counter economic coercion by authoritarian powers, an alliance of democracies should enact an “economic Article 5”— similar to the North Atlantic Treaty Organization’s Article 5. A state coming under economic attack or facing arbitrary detentions of its citizens due to its democratic or human rights stance could ask for unified support including retaliatory measures of fellow democracies. This would be the answer from the democratic world for dealing with authoritarian powers from a unified position of strength.

Technology has the power to facilitate both democracy and autocratic oppressors. The free world is no longer setting tech standards in isolation. To the contrary, an alternative model has evolved: digital authoritarianism. To counter this, the alliance of democracies should build a multistakeholder technology alliance to find common answers to these existential questions. The alliance should begin by setting common standards for the free world for election integrity, social media, artificial intelligence and data flows & privacy. Civil society should play its part in such standard-setting processes. That would make the free world's model of tech development attractive to all states.

Although democracies face global weakening, demands for more democracy are visible on the streets of Hong Kong, Belarus, Myanmar, Uganda or Venezuela, especially among young people. Those braving brutality to stand up for their basic freedoms deserve the support – in words and deeds - of those who take liberty for granted. The alliance of democracies should find new means to coordinate penalties against states that brutalize or suppress peaceful protests, from targeted sanctions to financial and tangible support for pro-democracy champions.

Similarly, we should fight corruption, which both leads to internal decay in democratic societies and undue political influence by autocrats and oligarchs.

Deciding which governments should attend the Summit for Democracy will be a difficult choice. Signing up to the democratic multilateralism in this Charter could constitute a condition for entry. 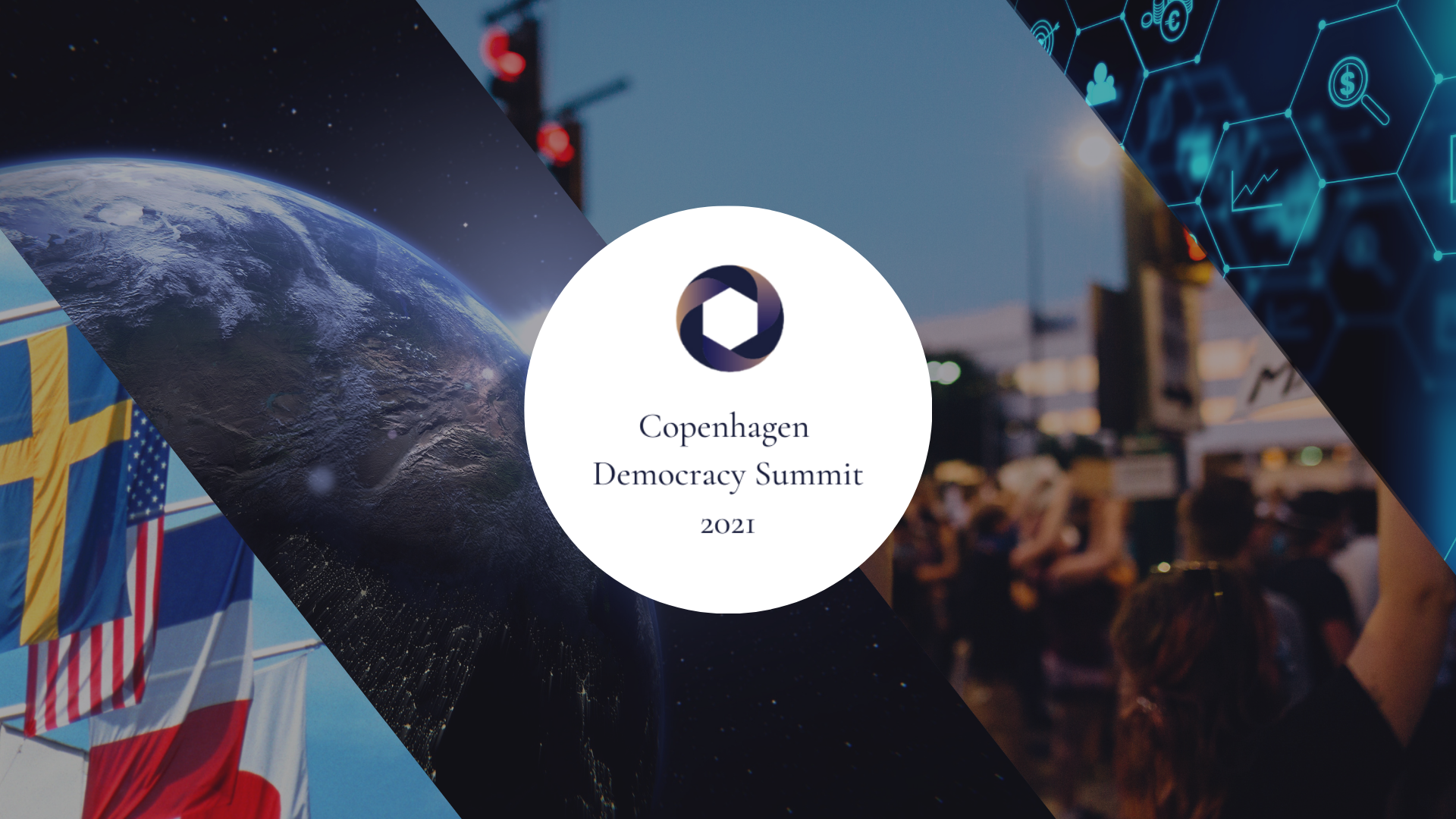 The Copenhagen Democracy Summit 2021 plans to take place in hybrid format on May 10-11, 2021. It will draw participants from business executives, political leaders, activists and other democracy supporters to discuss the future of global democracy, US leadership and post-COVID recovery, technology and democratic trust.

Joe Biden opened the first Copenhagen Democracy Summit in 2018. In 2021 as President, he will host the world’s first global summit for democracy. Our forum plans to help setting the agenda and will unite political, business and media leaders, democracy activists and advocates to bring fresh ideas to stem the tide of authoritarian advance and put democracy back on the front foot.

For the latest information on the Summit and to register, visit our website here.

For any questions about the Summit, please reach out to [email protected]