Memo on an "Economic Article 5" to Counter Authoritarian Coercion

The world's democracies need a way to fight back against coercive economic actions by authoritarian governments, argue Ivo Daalder and Anders Fogh Rasmussen.

Increasingly, authoritarian countries are using economic coercion against democracies. In recent years, China’s economic coercion of Lithuania and Australia stands out as a prominent example. Russia uses economic levers to achieve geopolitical aims, notably by weaponizing its natural resources. The aim of such coercion is to bend the will of democratic countries. This is a test for the free world.

In response, they propose an Economic Article 5 among democracies to counter authoritarian coercion. 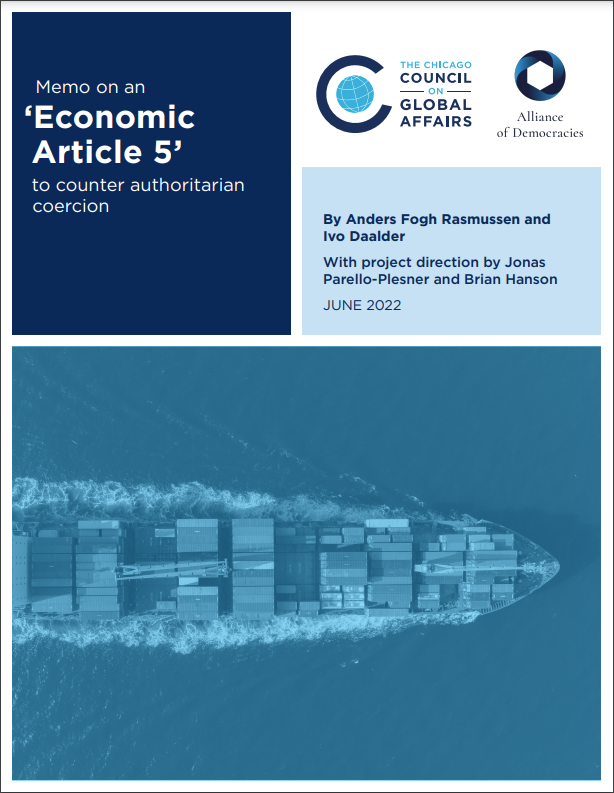