The Democracy Perception Index (DPI) is the world’s largest annual study on democracy, conducted by Latana in collaboration with the Alliance of Democracies, to monitor attitudes towards democracy from around the world. The 2020 edition offers a unique comparison of global public opinion during the COVID-19 crisis. Results are based on nationally representative interviews with 124,000 respondents from 53 countries conducted between April 20th and June 3rd 2020.

of people around the world say that democracy is important to have in their country. Similarly to 2019, this is a majority opinion in each country surveyed, ranging from 92% in Greece to 50% in Iran.

of all people living in democracies believe that their country is not actually democratic.

of the global population say that their government only serves a small group of people in their country. This sentiment is as high in democracies as it is in non-democracies.

To capture the dissatisfaction with the state of democracy in the eyes of the public, this study measured the difference between how important people think democracy is and how democratic they think their country is. This gap, named the Perceived Democratic Deficit, represents how much governments are living up to the expectations of their citizens. The larger the gap, the bigger the democratic deficit in the eyes of the public.

Similarly to the 2019 results, the 2020 study shows that all countries have such a gap, meaning there is no country surveyed where people think that the level of democracy they have is as high or higher than what they think is important. In other words, the study finds that no government is living up to the democratic expectations of their citizens.

The countries with the smallest gap are now Taiwan, Philippines, Switzerland, Denmark, and Saudi Arabia. The countries that have the largest perceived democratic deficit, meaning governments that are least living up to the democratic expectations of their citizens are Venezuela, Poland, Hungary, Ukraine and Nigeria.

Chile stands out as the country that suffered the greatest increase in the Perceived Democratic Deficit from 2019 to 2020, with an increase of 9 points.

European countries remain the strongest critics of the US’s global influence, particularly in Germany, Austria, Denmark, Ireland and Belgium where the overall opinion is overwhelmingly negative.

Overall opinion of the US’s global influence has also declined in the US itself, dropping 11 percentage points from 33% 2019 to 22% 2020, though still remaining solidly on the positive side of the spectrum.

A majority of the world (55%) thinks that it is “very likely” or “somewhat likely” that a foreign power will influence the results of their next election. This fear is highest in mainly densely populated Asian countries: Indonesia, Pakistan, India and the Philippines.

On the other hand, the two countries that worry the least are China and Russia, followed by mostly EU member countries. Despite regular focus on Russian interference in US elections, Americans fall squarely in the middle across the globe, with 55% thinking that interference in the upcoming elections is very or somewhat likely.

The countries most satisfied with their government’s response are China (95%), Vietnam (95%), Greece (89%), Malaysia (89%) and Ireland (87%). Satisfaction with government response is practically as high in democracies as non-democracies overall (70% vs. 74%, respectively).

People in Asian countries surveyed show the highest satisfaction, led by Vietnam, Taiwan and Singapore where over 70% say the restrictions have been the “right amount”.

On the other hand, Latin American countries are among the most critical, particularly Brazil and Chile, where the largest share of people (over 60%) feel like their government has “not done enough” to limit people’s movement to stop the COVID-19. Conversely, people in MENA countries such as Saudi Arabia and Morocco and Egypt are most critical of their governments for having done “too much” to limit people’s movement.

Across the 53 countries in the survey, about half of the population agrees that their government has gone too far in violating basic freedoms during the COVID-19 response. This is a more widespread opinion than the 33% who disagree.

The countries where most people agree with this sentiment overall are MENA countries: Morocco, Saudi Arabia, Algeria. In these countries, the number of people who agree that their freedoms have been violated out-numbers those who disagree nearly 7 to 1 (or 70% vs 10%)

Generally, democratic countries are split about this feeling, with equal shares agreeing and disagreeing (39% vs. 38%)

In non-democracies, however, the perception of violated freedoms feels much higher (nearly double): ~50% vs ~25% 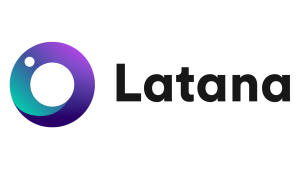