The Copenhagen Democracy Summit 2019 took place at the scenic Royal Danish Playhouse, situated beautifully on the harbor front in central Copenhagen. The Summit highlighted important current issues facing the world’s democracies. The Summit successfully brought together 500 participants from over 75 different countries with a range of backgrounds from politics, business, academia and journalism. The Summit offered a variety of viewpoints, the discussions highlighted both the challenges for the upcoming elections facing world democracies, but also the opportunities brought forward by technology.

Highlights from the Copenhagen Democracy Summit 2019

The Copenhagen Democracy Summit 2019 was a two-day event that took place on the 27-28th of June.

The first day, the 27th of June, focused on innovating democracy and was dedicated to side events about the foundation programs. These events were organized with partner organizations and gathered young democracy activists and leaders, students, and entrepreneurs from the world’s democracies, especially emerging democracies and post- conflict areas. Participants were part of a lively discussion forum with speakers such as President of the International Republican Institute, Daniel Twining, President of the National Democratic Institute, Derek Mitchell, Executive Director of European Endowment for Democracy, Jerzy Pomianowski and Senior Program Manager at the Human Freedom and Women's Initiative at the George W. Bush Institute, Christopher Walsh.

The evening opening reception celebrated the 30 years of freedom after the Fall of the Berlin Wall.

The second day of the conference, the 28th of June, included panel debates and key note speeches with the following topics:

The Summit brought together political figures from the democratic world, including current and former heads of government, as well as leading business executives, academic experts, and dissidents. 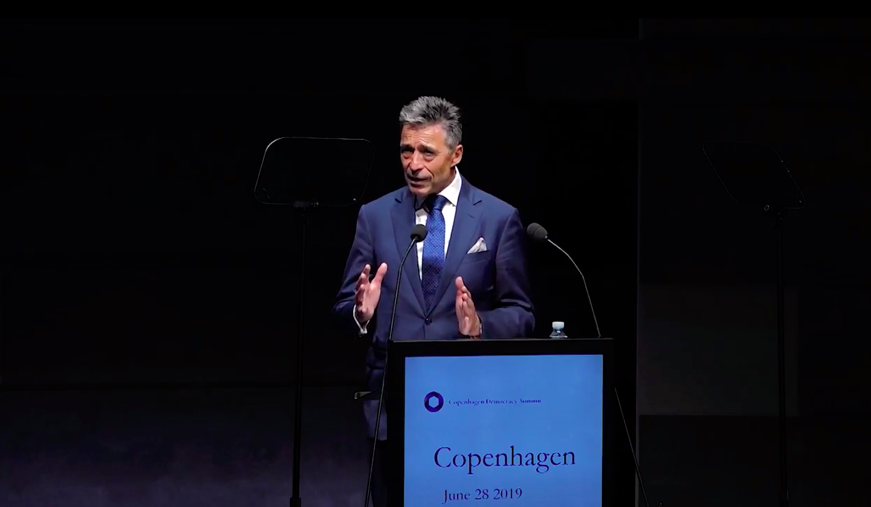 "Democracy may be broken, but we have no doubt we can fix it"

Anders Fogh Rasmussen opens the Copenhagen Democracy Summit 2019 with a call to end the phenomenon of Western self-doubt.

Dalia's Nico Jaspers presents results of the second Democracy Perception Index, the largest single global study measuring citizens' trust in governments - more than 175.000 respondents in 54 countries that together represents 75% of the world's population. 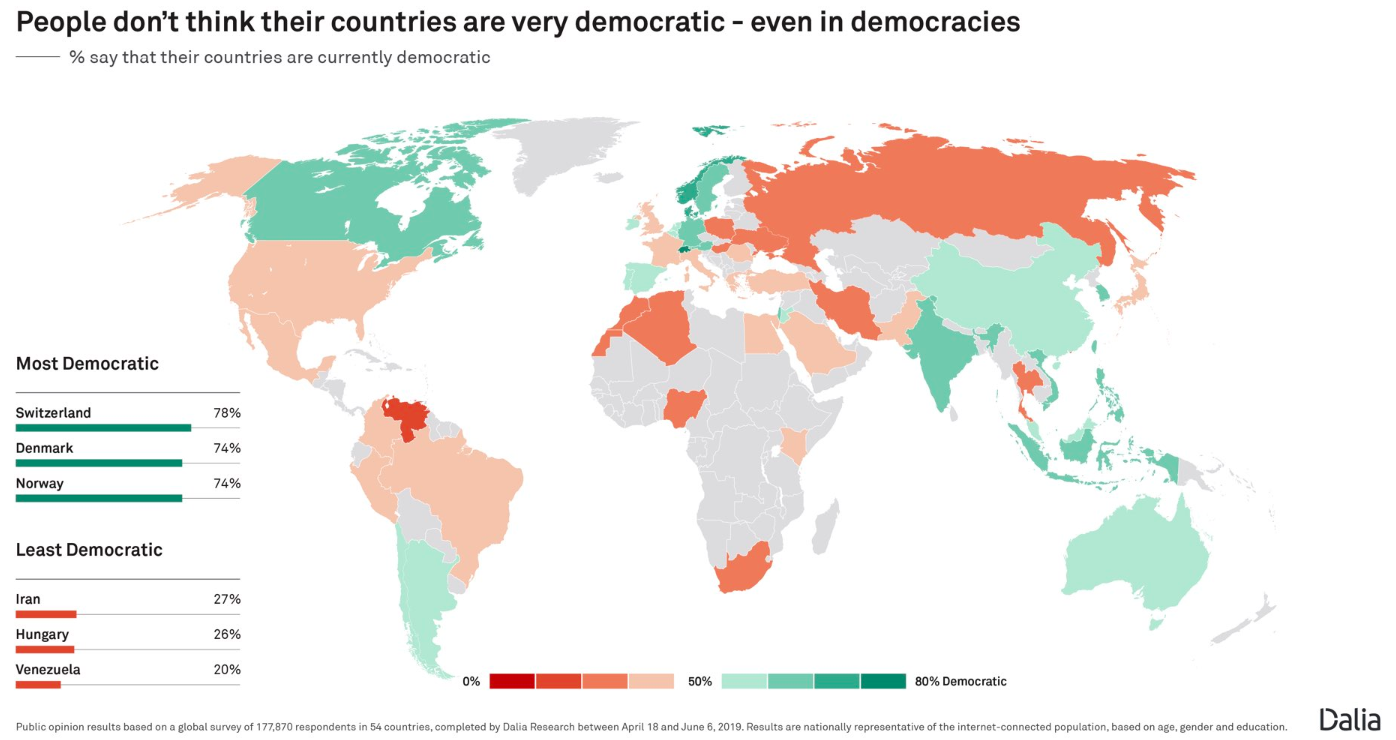 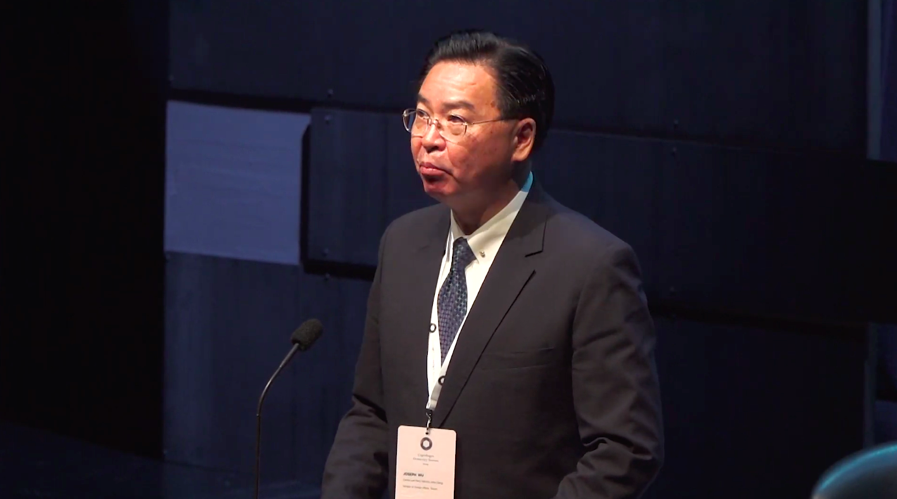 "Even though our democracy is under threat, we will not give up our democracy and democratic way of life. In fact, we are determined to make Taiwan's democracy a beacon for those who long for freedom, democracy and the protection of human rights" stressed Joseph Wu

Congressman Schiff on US leadership

The Chair of the US Congress Intel Committee tells CDS that Congress, in a bipartisan approach, is asserting itself and reinforcing around the world that the US remains committed to democracy, human rights and free expression. 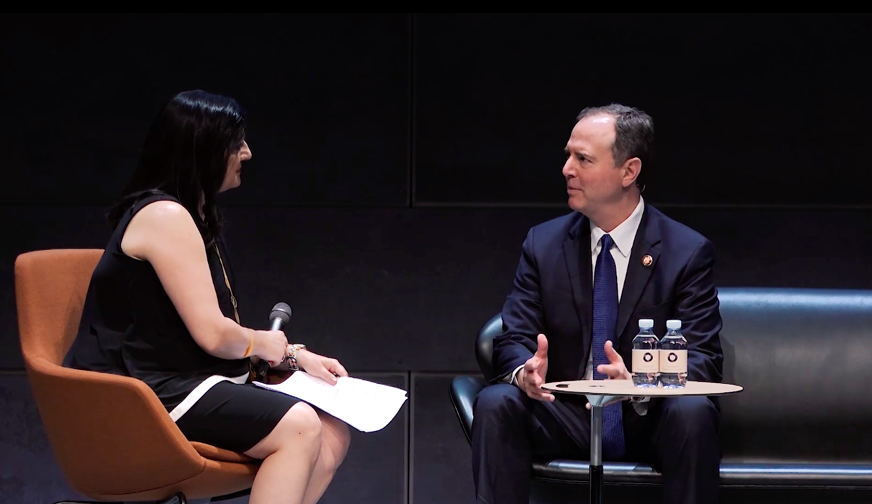 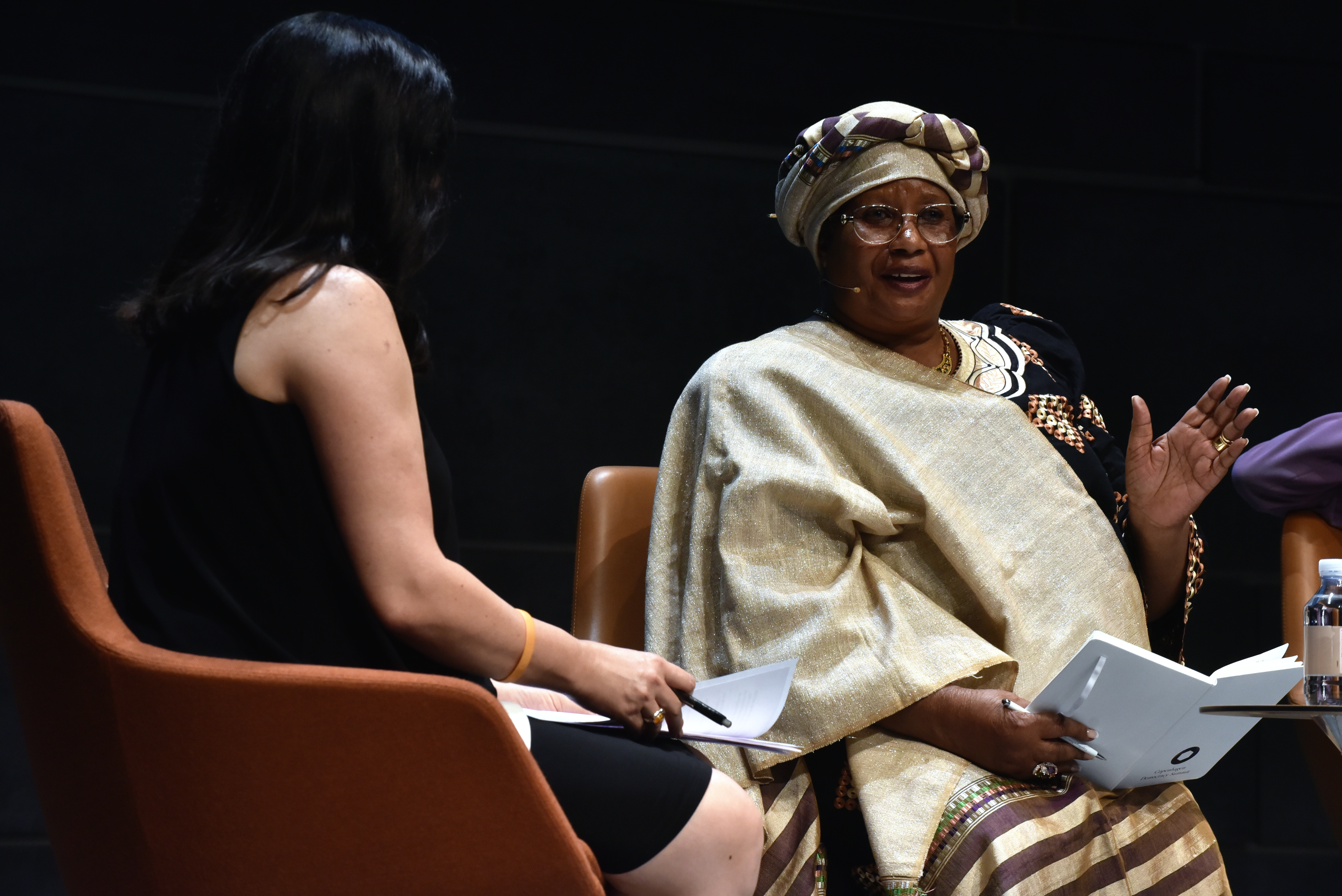 To open the discussion on whether technology is a solution or problem for political discourse, moderator Jeanne Meserve spoke to an AI-generated deep fake of the US President. 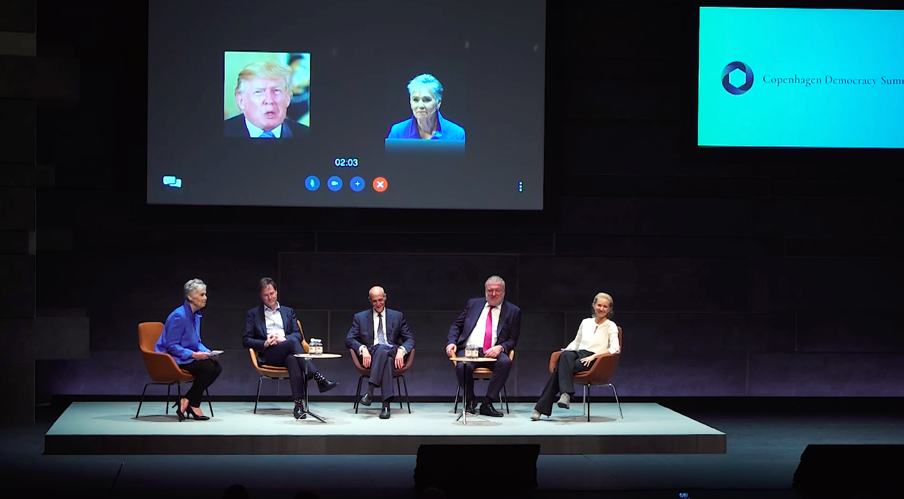 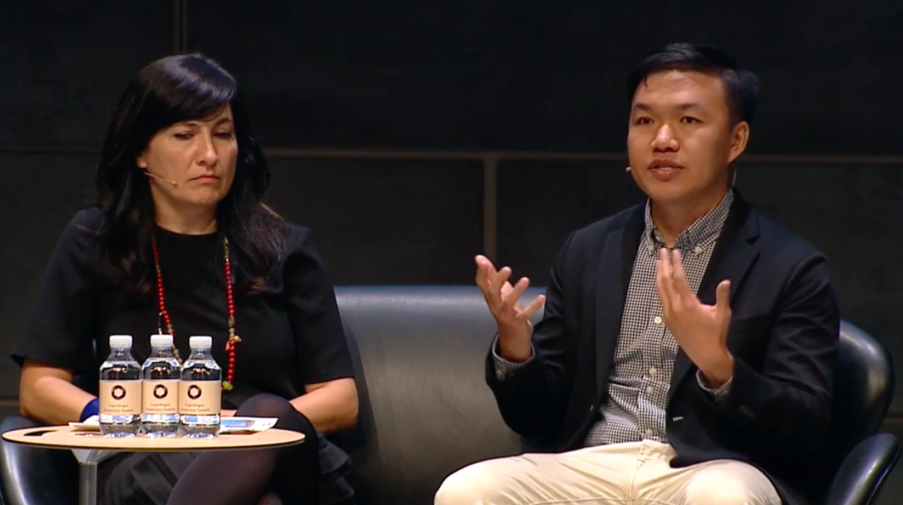 Throughout the Summit, we held couch sessions with democracy activists from around the world. In this video, we hear from Mariam Jalabi, representative of the Syrian Opposition Coalition to the UN, and Yan Htaik Seng, Digital Manager, BBC Media Action, Myanmar. We also heard from activists and representatives of civil society from Lebanon, Albania, Tunisia, Iraq, Indonesia and Nigeria. All of the Democracy Couch Sessions can be viewed on the Facebook live stream here. 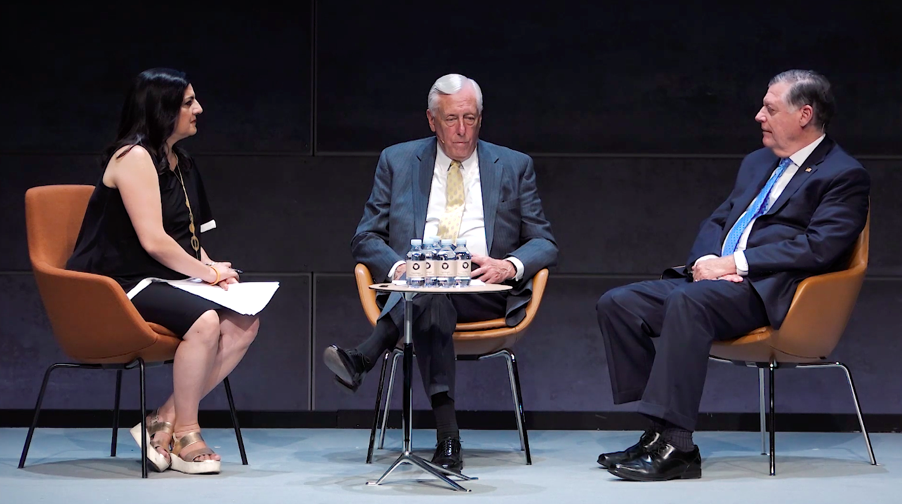 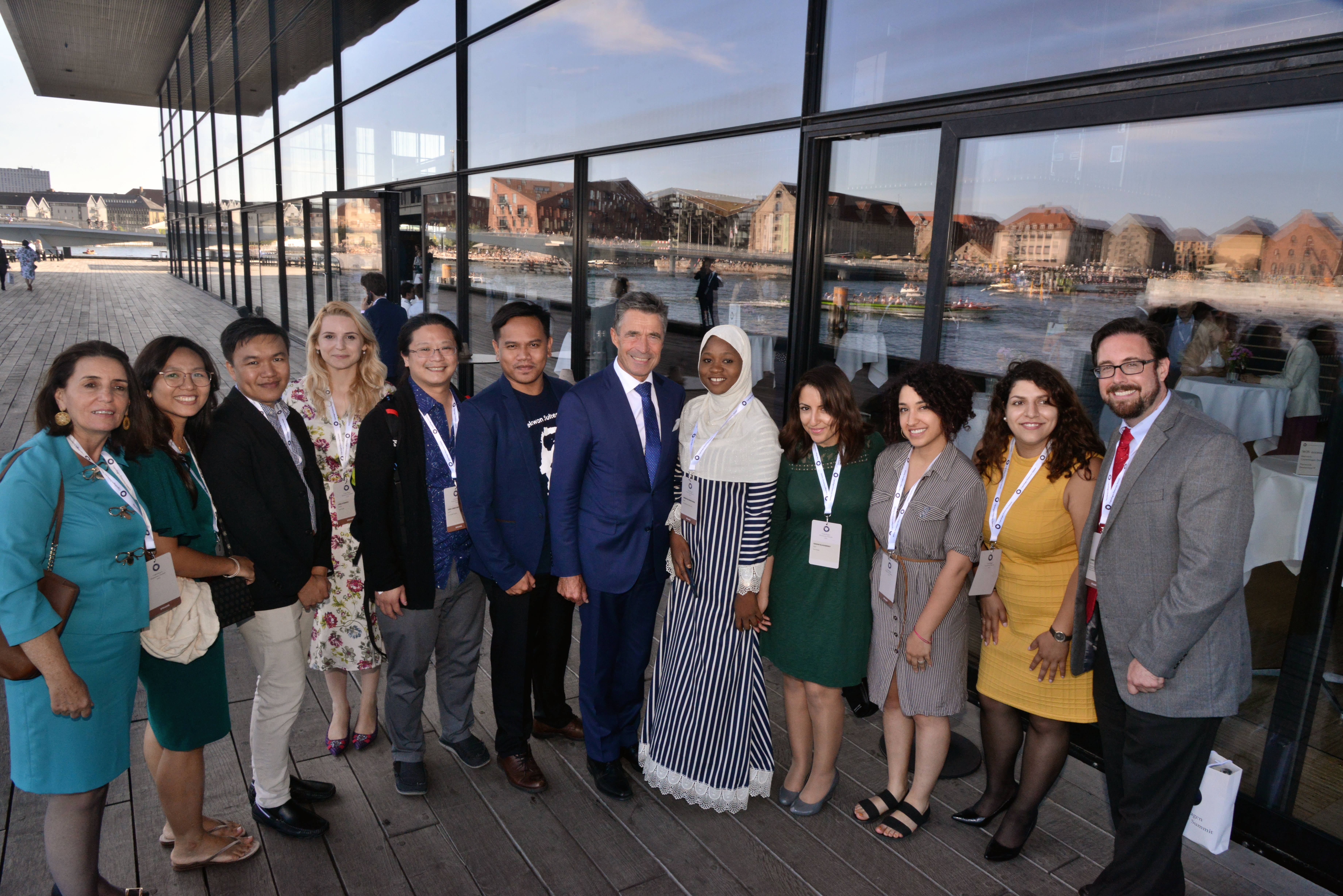 That is all of us. Democratic civil society does not create itself. We need to be active - even when the struggle is uphill. 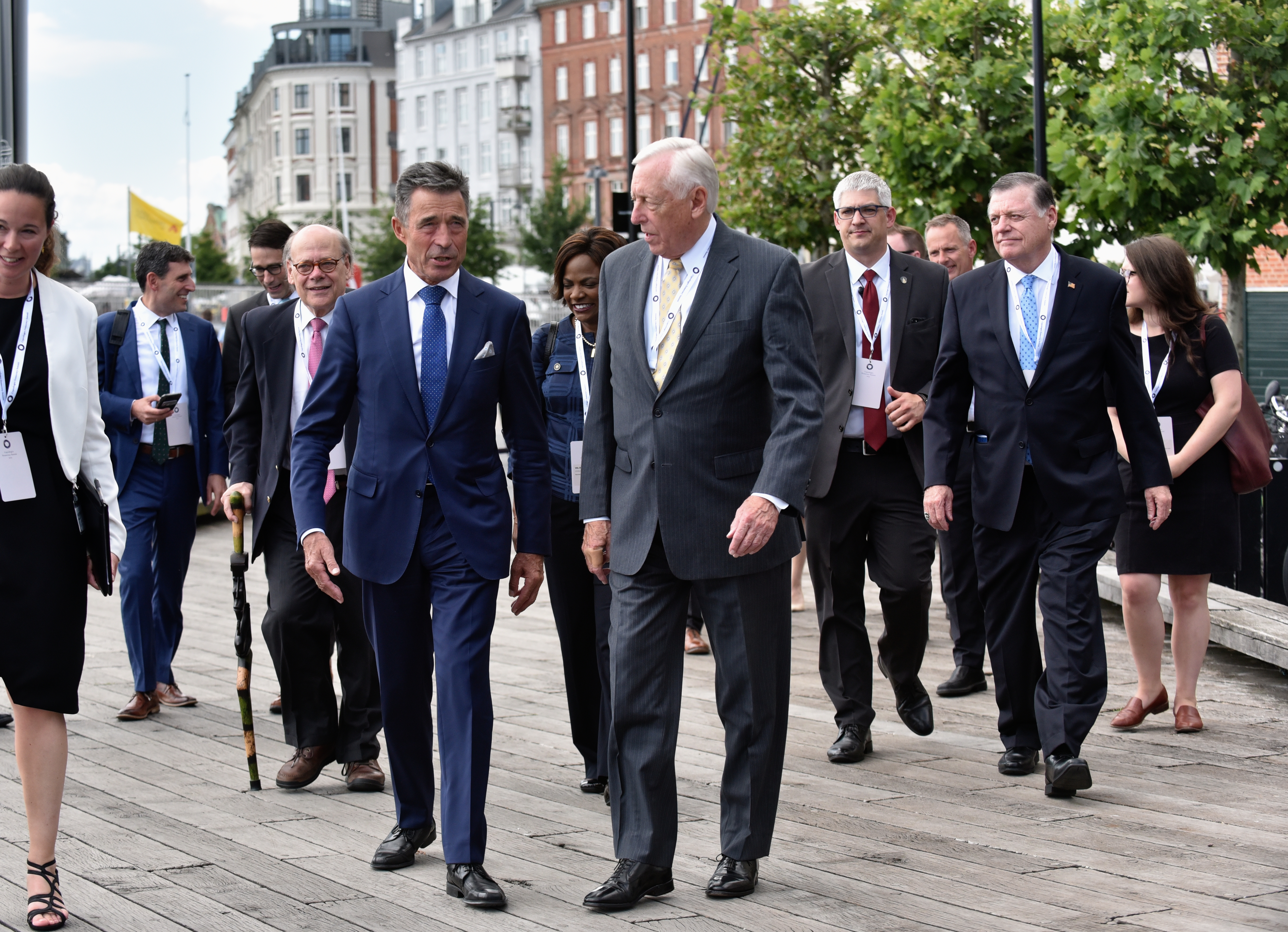 We need a strong alliance of democracies

It should be global. This is not a Western project. More people live in democracies in Asia than in Europe. I want to see the US as the continued leader of the free world. But it demands that the US remains a lighthouse for democratic values and practices. I was happy to hear members of Congress stand up for that on stage.

When Putin is on the front page of the Financial Times with his ideological message that ‘the liberal idea has become obsolete’, he speaks to the self-doubt in our established democracies. To prove Putin wrong, it also means that elected leaders in democracies need to deliver for their citizens. And we still can.

Supporters of the Alliance of Democracies play a vital role in enabling us to run effective initiatives and to host a Summit of high quality, that ensures an open debate about important aspects of a democratic future. We would like to thank all our supporters of the 2019 Copenhagen Democracy Summit for their contribution. 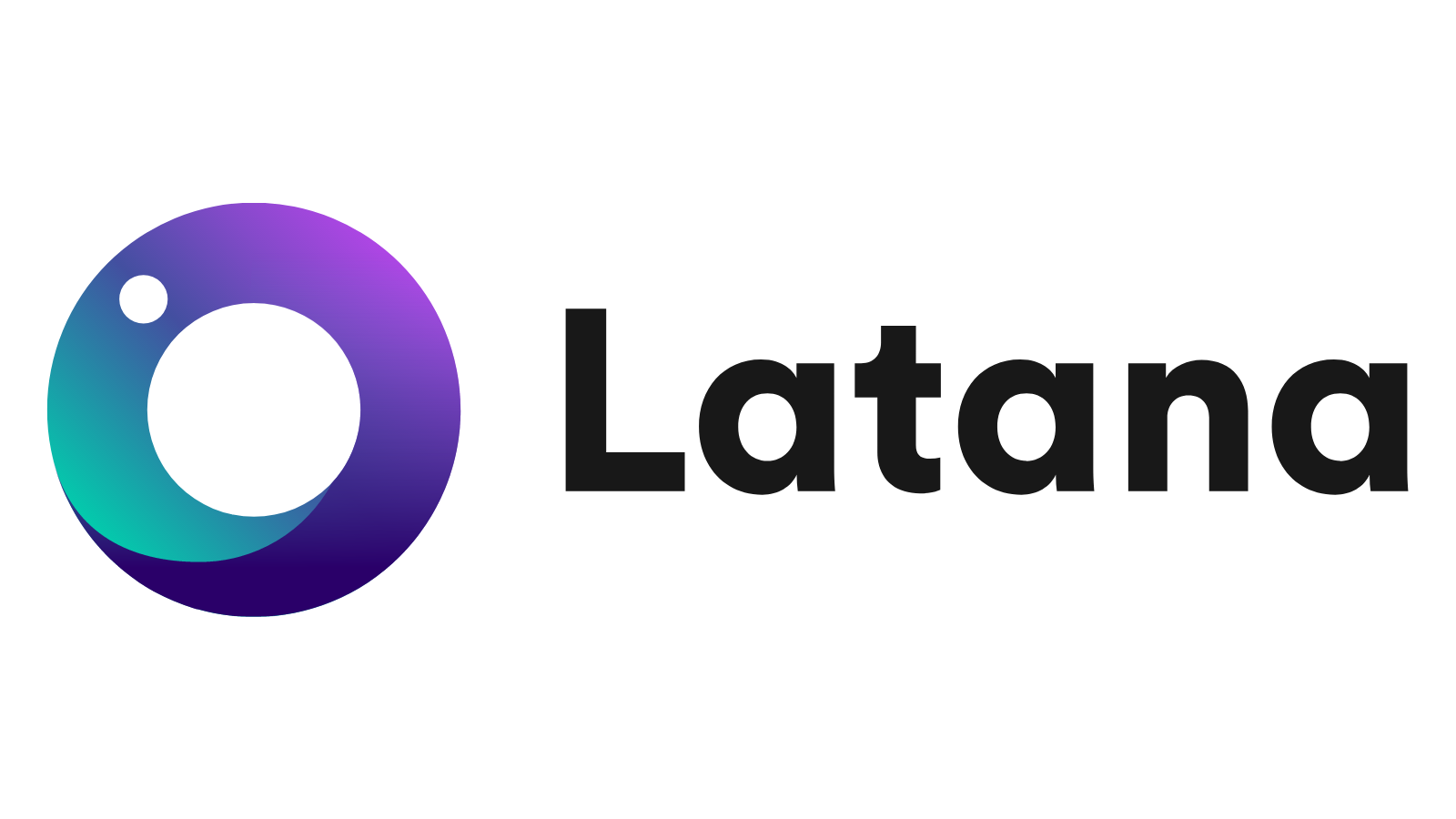 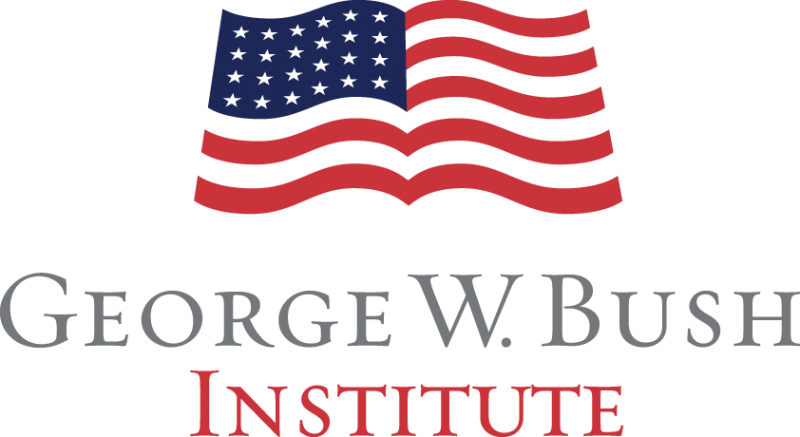 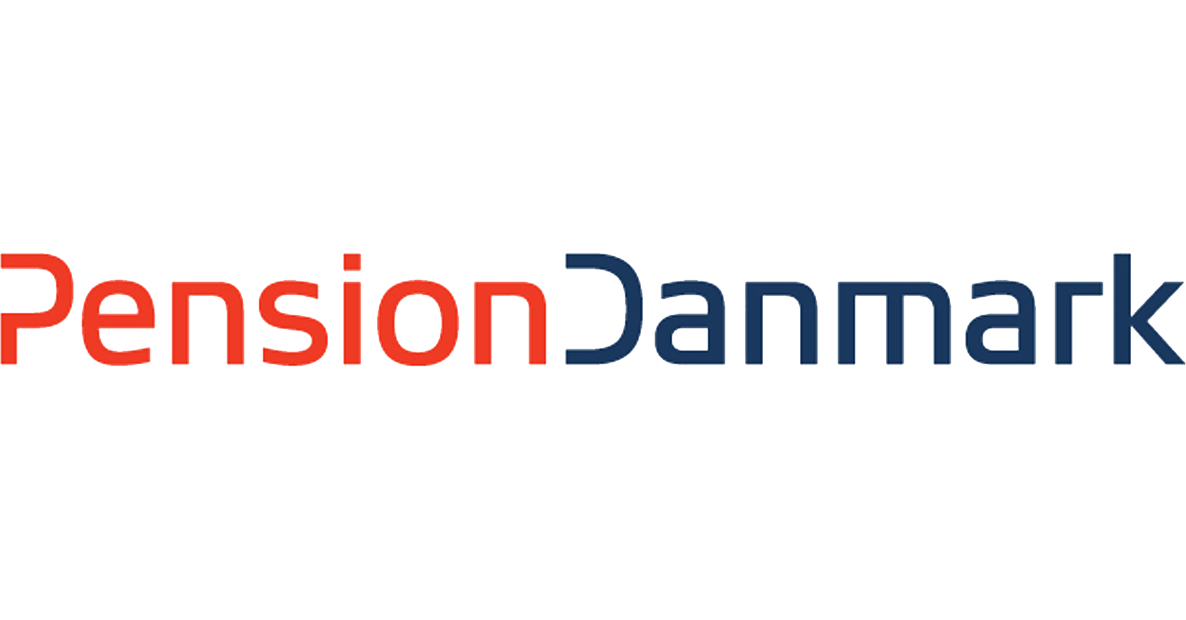 Photos from the 2019 Copenhagen Democracy Summit